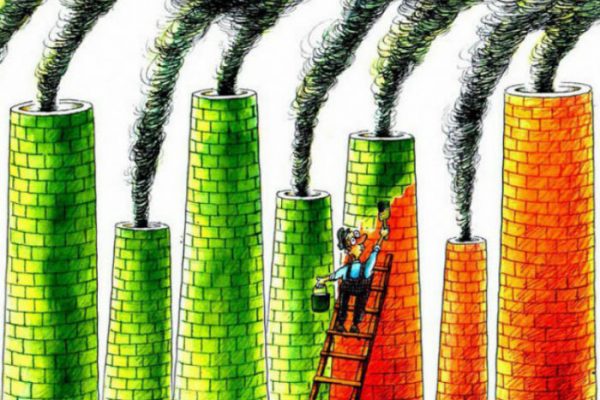 Increasingly, we hear claims that buildings are “green” or sustainable, with carbon neutral impacts and the like.

In the recent past, these terms were optional add-ons for an interested few, but now it seems to be essential for many companies to be seen as green, eco, or sustainable.However, what do companies mean when they claim to be sustainable, or their buildings are net zero, or their activities attached to a carbon offset? It can be confusing, as these terms are fluid, or appear to be coined on the run, without a unified definition. And it gets even more confusing when we have a variety of certification and rating systems which apply sustainability “stars” to our buildings.

Let’s look at the terms “net zero” and “carbon offset,” starting with some popular definitions courtesy of Wikipedia, the font of all dictionary-type knowledge.

A net zero energy building is defined by Wikipedia as “a building with zero net energy consumption, meaning the total amount of energy used by the building on an annual basis is roughly equal to the amount of renewable energy created on the site…these buildings do at times consume non-renewable energy and produce greenhouse gases…

“Most zero net energy buildings get half or more of their energy from the grid.”

Note the difference between building and site. It is not the case that the building makes up for its wastefulness in energy consumption, which is why some have made the point that net zero isn’t the sort of goal we should be aiming for.

That’s because you could set up a nuclear power plant in your back yard, tell people it is part of your “building” or that it will “make up for” the energy used by the building, build a really leaky, poorly insulated, badly designed, cheap, drafty, mouldy building, which consumes a lot of energy to condition the inside, and spews the energy out the walls into the atmosphere; and call the whole thing net zero.

It may in fact be net zero, but it would be very bad for the environment, for your carbon footprint, and for climate change (not to mention unhealthy and uncomfortable.)

This kind of confusion has led to another term: “greenwashing.” This is defined by Wikipedia as ”a form of spin in which green PR or green marketing is deceptively used to promote the perception that an organisation’s products, aims or policies are environmentally friendly.”

A well written publication on this topic, The Carbon Neutral Myth – Offset Indulgences for your Climate Sins, published by The Carbon Trade Watch in the Netherlands back in 2007, makes the point nicely:

“Most offset schemes take the following approach. A simple calculator on a web-site shows the quantity of emissions produced by a certain product or activity. The customer can then choose from a variety of projects that promise to ‘neutralise’ an equivalent amount of emissions by energy-saving, or through carbon absorption in trees. The consumer pays according to the claimed project costs and the amount of emissions to be ‘neutralised.’

“The sale of offset indulgences is a dead-end detour off the path of action required in the face of climate change. There is an urgent need to return to political organising for a wider, societal transition to a low carbon economy, while simultaneously taking direct responsibility for reducing our personal emissions. “

And, to take carbon offsets offered by our airlines when we fly as an example, the writers say “the idea of achieving climate neutrality through offsetting is no more than media spin. First, it takes 100 years to fully cancel out the carbon effect of one aeroplane flight.”

I used to think that by paying a few dollars to the airline as a “carbon offset”, I could fly with a clear conscience knowing that I had not contributed to climate change. Looks like I was duped.

Similarly, The Carbon Neutral Myth debunks the notion that planting a few trees will sufficiently “offset” the effect of the energy consumption of a new building.

It’s complex, but one of the problems is how long the trees need to grow, before they start making a real impact. In the meantime, the inefficient building has pumped out the proverbial in carbon – for quite a few years. It’s not a decent ”offset” if it takes years to kick in. We don’t have the luxury of years.

But it sounds so simple, so mathematical, so certain – “net zero” and carbon “offset.” Can’t I absolve my building sins by planting a few trees or adding a few solar panels?

The thing about “net zero” type claims is the risk that we believe them because they are presented as mathematical calculations. It’s easier for us to believe them than analyse them.

This is why we need to face the energy consumption of our buildings squarely, before we consider the add-ons. We need to address the kinds of things that are identified for the Passive House Standard – draft free, not leaky, with clean incoming air, heated up by re-using the heat from the stale air which is being extracted. No condensation or mouldy conditions. A building that reduces energy consumption for its life because it traps energy naturally produced inside.

We don’t need to consider a false calculation called an “offset” or a pretend mathematical equation that tells me we’ve paid for our sins and achieved a “positive” status, or even a neutral one, in order to design a building that uses less energy.

Everybody should consider proper “near zero” energy building design through design tools like the Passive House Standard.

Considering the use of more sustainable materials, like timber from plantation trees, is important, where possible, as is the installation of solar panels and other forms of renewable energy instead of coal, where possible. But it’s important to analyse claims and see what is meant by the person making them.

It’s important not to disguise the different issues we need to face right now, such as efficient, robust, future proofing building design which consumes less energy.

No faulty maths. No greenwash.